Rabbit On A Go

A man, simply known as Jaja, invites young beautiful men to stay at his place and indulge in sexual eccentricities. One such young man, Steve, keeps a chocolate rabbit as only souvenir of his experience with Jaja.

The rabbit has a symbolic value apart from its monetary value in the exchange between the two men: Alice in Wonderland, the chocalate gives it a vulgar connoctation of feces and earth, it being an Easter bunny also gives it a commercial pseudo-religious aspect. Later, the memory of Jaja having turned sour, the rabbit becomes scapegoat and has to bear the brunt of Steve’s aggression. Jaja in the end is a narrator/emcee/devil that announces the dawning of insanity. 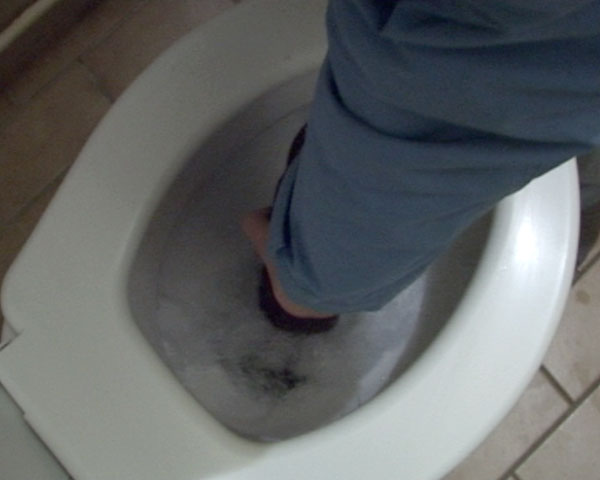